Newly discovered asteroid ZTF0DxQ – now officially labeled 2020 QG – swept about 1,830 miles (2,900 km) from Earth’s surface on Sunday, August 16, 2020, then zoomed on. It was moving at a speed of about 7.7 miles per second (12.4 km per second) or about 27,600 mph. Because it approached Earth from a sunward direction, it flew past us unseen at 04:08 UTC. Astronomers didn’t detect it until six hours later. This object now holds the record among known asteroids for having swept closest to us without striking us.

Should we be glad it didn’t hit us, or mad it wasn’t detected earlier? Neither one.

And here’s why: relatively speaking, this object is very, very small.

This illustration shows asteroid 2020 QG’s trajectory bending during its close approach to Earth. The asteroid is the closest known nonimpacting asteroid ever detected. Image via NASA/ JPL-Caltech.

It was never going to harm us. Size estimates for objects of this kind are based upon the object’s observed brightness as seen from Earth. 2020 QG is thought to be about 10 to 20 feet (3 to 6 meters) across. That’s in contrast to the biggest asteroids, which are hundreds of miles across. And it’s in contrast to the small asteroid that created 2013’s famous Chelyabinsk meteor, which came even closer to us, entering Earth’s atmosphere over Russia. The Chelyabinsk meteor started out some 66 feet (20 meters) across. It created a gigantic shockwave that broke windows in six Russian cities, causing hundreds of injuries, mostly from flying glass. On the other hand, if an asteroid the size of 2020 QG does enter our atmosphere (and indeed they do, several times each year, according to NASA), the airburst it creates would be too high in Earth’s atmosphere to cause damage on the ground. What’s more, a 10- to 20-foot asteroid would either completely vaporize on its fall through the atmosphere, or drop as a small remnant of its former self – a rock from space, prized by meteorite hunters – onto Earth’s surface or into the ocean. So there was never any real danger of harm. In fact, astronomers appear to get a kick out of seeing tiny asteroids like 2020 QG come this close. Paul Chodas, director of NASA’s Center for Near Earth Object Studies, said in a NASA statement:

It’s really cool to see a small asteroid come by this close, because we can see the Earth’s gravity dramatically bend its trajectory. Our calculations show that this asteroid got turned by 45 degrees or so as it swung by our planet.

But what about that six-hour delay in astronomers’ detection of this asteroid? Cause for outrage? On the contrary … 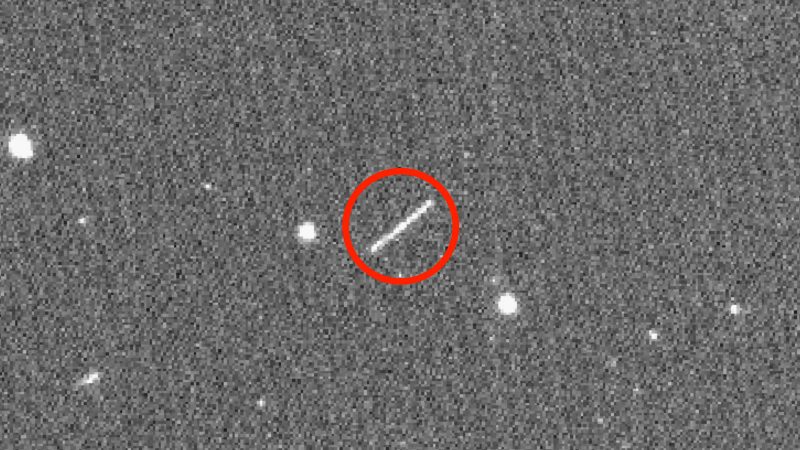 The circled streak in the center of this image is asteroid 2020 QG. This image shows how the Zwicky Transient Facility noticed the asteroid – as a fast-moving streak in front of the stars – 6 hours after its closest approach. Image via ZTF/ Caltech Optical Observatories.
אידישע לוח
גמטריא קאלקולעיטאר
send any zip code to 845-209-2361 and get the ZMANIM for today
צוריק ארויף

Boeing is the last to admit they made mistakes - this is why I no longer trust them.
צוריק ארויף

Boeing is the last to admit they made mistakes - this is why I no longer trust them.
צוריק ארויף